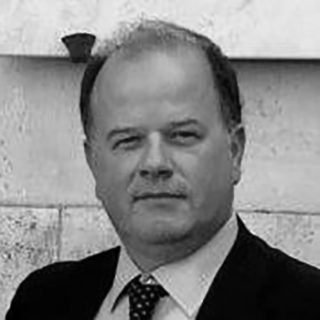 Franco Cerutti (Milan, 11/12/1960) is now IT Security & Operation Director in Carnival Maritime in Costa Group, a leader of the cruises in Europe and South America, which is part of the Carnival Group, the world leader in the sector.
His experience comes as part of the telecommunications sector, and more specifically in Alcatel (now Alcatel-Lucent) where he graduated in Physics at the University of Milan in 1986, working first as part of the Central Software production and then, thanks to some experiences abroad, become IT Service Manager and Security Officer for Alcatel Italy.
In January 2002 he joined Costa Cruises as Vice Director IT Infrastructure participating along with the CIO to the computerization of society.
As part of the expansion of the company with the acquisition of Ibero Cruises, Cerutti becomes in 2008 IT Governance Compliance & Security Director, dealing with all aspects of security, privacy and certifications involving IT Corporate and managing the related reports this theme with Carnival Corporate.
In 2014 he became director of the IT Operational Security of Costa Group, which includes the Operating Company of Costa Cruises and Aida. In this capacity, he contributes to the launch of major projects Carnival, “Vulnerability Assessment” and “identity and access management.”

In 2018 he become IT Security & Operation Director in Carnival Maritime where he manages the security and the operation of the IT platform of the vessels and the cloud applications related to the OT (Operation Technology) of all Costa Group.

He is member of the Global Security Organization in Carnival chaired by CISO Gary Eppinger.