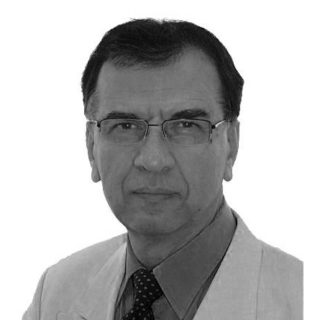 Ross started as Manager IT/CAD and later as Dir InfoSec and Safety at Siemens-Nixdorf Nordics. Subsequently as Dir InfoSec at Celsius Defence Industry, and Y1996 as Business Manager Nordics at Network Systems Corporation, USA. Y1999 he´s recruited as CEO for Telmis AB, a Telemedicine company, and also as a Chairman of the Board and CEO for Novius AB. Y2002 as Chief Engineer in Information Security at the Swedish Defence Material Administration. On behalf of the Swedish Armed Forces (SwAF) he designed and established a process and a methodology for Information Security Assurance and Approval for all procured IT products to SwAF. Since 2010 as Senior Advisor in Information and CyberSec to SwAF, he established and maintained a collaboration program in InfoSec between SwAF – Universities in Sweden and abroad. He also progresses an initiative – the Center for Strategic Leadership in Cyber Space & Security at Stockholm University.

RT is a graduate in mechanics and as well in Computer Sciences and Security Informatics as M.Sc. from the Royal Institute of Technology and Stockholm University. He has also curricula in business economics, personal administration, information operations and information warfare as well, in Sweden, USA and UK. He maintains a particular interest in cybernetics and Infosec and holds frequent discourses in the subject.